This week I was invited by Peugeot UK to represent CPUK at the launch of the new Peugeot 208 which was held at the Media City development in Salford. We were given a briefing of the new model by Peugeot PR Director, Andrew Didlick, his team and by UK Sales Director, Neil Moscrop.

The 208 is available in two body versions, 3 & 5 door,ten different engine versions and is on sale from the 28th June 2012.All of the diesel engine variants deliver below the magic 100g/km of emissions 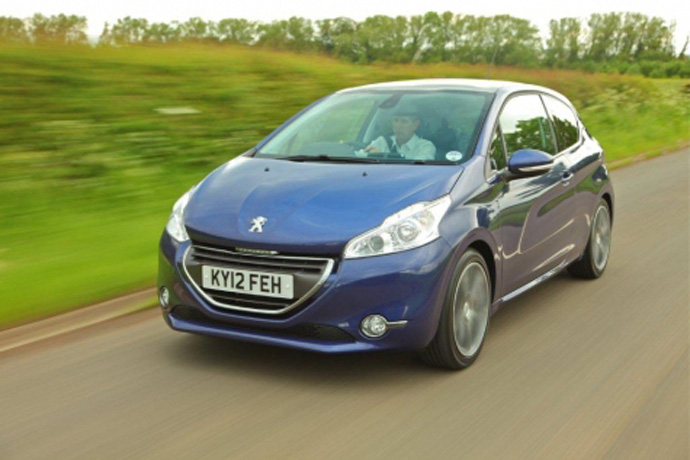 Andrew explained that "Today,when creating a vehicle capable of appealing to and uniting a wide variety of customers with ever changing expectations,simple renewal is no longer enough. From the outset,the 208 design project team adopted the most ambitious specification overhaul ever indertaken by the Peugeot marque to create a vehicle that represents a true generation leap". 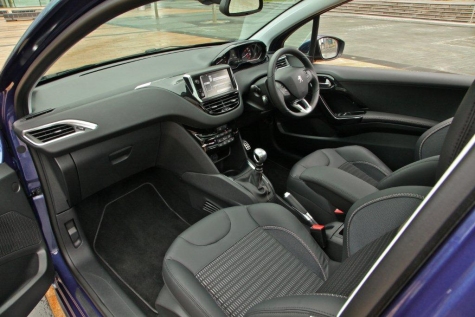 Peugeot has not hesitated to rewrite the rulebook, with the desire to reinvent the principles on which the success of the iconic "2" series models were built.It is also interesting to note that the "2" series range of vehicles is the only "unbroken" model range in the Peugeot marque which began in 1929 with the 201, the 202, the 203, the 204,the 205,the 206,the 207 and now the New 208. 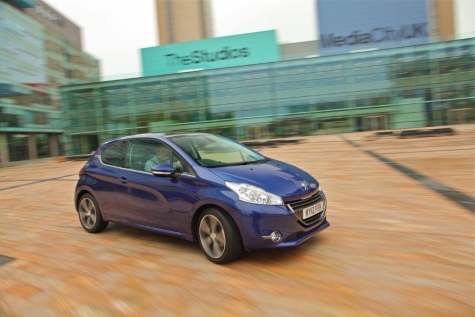 When you first see the car in the flesh the quality of the design & build is immediately evident from the stylish new "floating" style grille leading to the "spine" of the vehicle going across the bonnet and roof lines. The design of the lighting back and front all have a purpose in both starting and finishing the sculpted body sides. In the 3 door this really does remind you of the 205GTI.In fact Club Secretary, Simon Parker` lovely 205 XL was used as part of the launch exhibition. 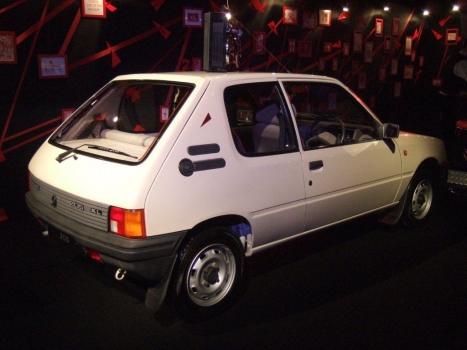 On the road I drove both the top of the range 5 door Feline 1.6 e-HDI (stop & start) with its Panoramic glass roof and a 3- door, 3 cylinder 1,2 VTI Allure. Both vehicles were built to the highest quality that you are ever likely to see in a supermini with every button,switch and trim giving the impression that an awful lot of attention to detail has been paid in the design of this car. The diesel engined car is everything that we have come to expect from a Peugeot diesel model and was a joy to drive. What I was not expecting was the driving experience that the new 3 cylinder petrol engine delivers. Quite simply it`s a revelation! The engine pulls well across the range whether it be in countryside driving along narrow twisty lanes or when it was on the motorway. I am not exaggerating when I say it`s the best Peugeot I have ever driven and those of you who know me know that I have driven a lot of Peugeot product over the years

If this is the future design and quality we can expect from the Peugeot marque our brand is in safe hands for many years to come! Now where is my order form?